Back in the beginning of this adventure, back when we really had no idea what was in store for us, we made little games of thinking about the things we love doing back in Portland and whether or not we’d be able to do something similar in India. One of the first things Melissa found and said, “I want to go there!” was Nashik, the closest thing India has to a wine region, complete with the largest winery in India (Sula), the oldest winery in India (Grover Zampa, which we have visited in Bangalore), and a good number of small, up-coming wineries. After last year’s exciting and overwhelming Dussehra in Mysore, we thought it would be good to do something relaxing and low key, like finally going to Nashik. 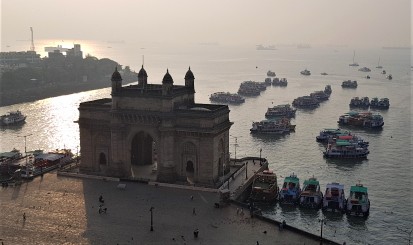 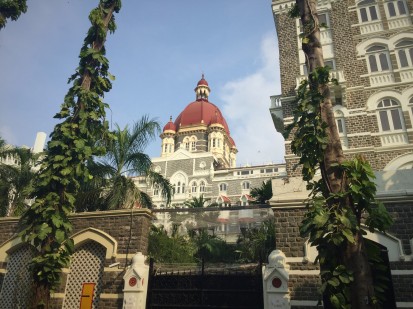 Tom has been resistant to spending a lot of time in the big cities in India. We live in one, he says. I want my vacations to be different, he says. He finally relented and agreed to start our Dussehra vacation in Mumbai. We spent two days simply being in awe of a beautiful city. At the urging of our friends Aaron and Tamara, we sprang for a luxury hotel right in the heart of old Mumbai, the Taj Mahal Tower Hotel. It helped that our home base for the short stay was somewhere we never wanted to leave. After arriving, we had wine by the pool (where we discovered, again at the urging of a friend, this time Angelina, York winery and their delicious Arros, but more on that later). We had incredible breakfasts in the now-standard Indian fancy hotel breakfast buffet style. We ate dinner at Souk, which billed itself as “Lebanese” but was really all kinds of Eastern and Southern Mediterranean, and was AMAZING. We had a room that looked over the Gateway to India (more on that later, too). The staff couldn’t have been nicer, the room couldn’t have been more comfortable, and the setting couldn’t have been more beautiful. We are very very lucky.

The hotel is beautiful, but we were particularly impressed by its history. Aside from being the site of the 2008 terrorist attack, it has a really interesting story. Jamsetji Tata started a company, Tata, which is now India’s version of American corporations that have their hands in every bit of American life. Tata owns everything from Starbucks India and Tetley Tea to a huge car company and chemical companies. When, as an already-dominant industrialist, he was refused service at the fancy all-white hotels in the city then known as Bombay, he decided to open a hotel that was worthy of his great city, and wow did he ever. He put those damn Brits to shame. Like much of Mumbai, it takes from Hindu and Muslim design influences. I can’t find confirmation of it, but part of their story is that the Quit India Campaign worked out of the hotel.

An old train station that looks like a church.

For our one full day in Mumbai, we went on a bit of a self-guided, spontaneous walking tour of the fort and nearby waterfront neighborhoods. We started at the Gateway of India. This was completed in 1924 on a working pier in recognition of King George V and Queen Mary’s visit in 1911. Say what you will about the damage the Raj did to this country (and Tom will have a lot to say when he finishes the book he’s reading), but this is beautiful. It combines influences from Muslim, Hindu, and other faith traditions along with the European arch concept. 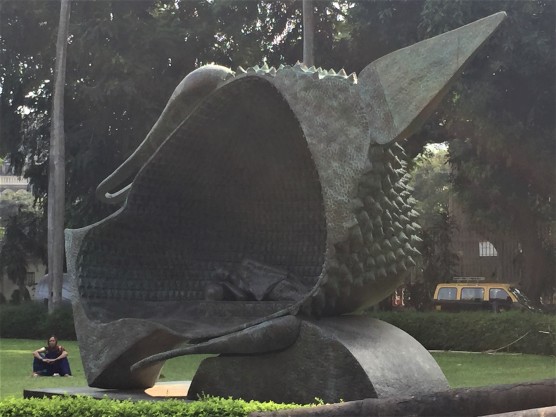 Hundreds of Buddhas in the Reclining Buddha

On our walk from there, one of our recurring bits of amazement was how different from Bangalore it felt. In particular, there is real care taken in how buildings look from the street. One of the first really sage and unexpected bits of advice we received when we first moved to Bangalore was to not judge a building or the businesses inside on the facade. People just don’t put energy in to the exteriors of most buildings, and there seems to be no effort (except in a couple of exceptional parts of town) put in to any kind of neighborhood look. There might be a blah, dirty, a little bit crumbling looking building on the outside housing a crazy fancy mall or restaurant. That’s not so in the parts of Mumbai through which we walked. Buildings are beautiful, and even modern buildings seem to respect the history of the place. The market is clean and organized. The Chhatrapati Shivaji Maharaj Vastu Sangrahalaya (a vast museum) had an incredible variety of well-curated collections. We could have done without the thick pollution, and our timing at the waterfront could have been better (we hit it in the middle of a sun-soaked day), but it was an enlightening and fun day in a beautiful city. 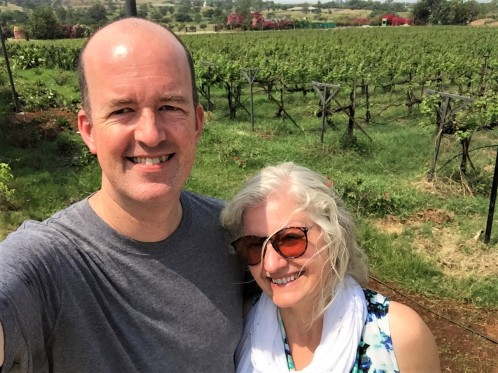 Then we were off to Nashik. In addition to Angelina’s insistence that we try York winery, we also had advice from our friend Ashi, a native of the region. The result of all of the advice was a pretty much perfect weekend. Even the bit that we didn’t plan turned out to be lovely. Melissa booked us at a Sula property called Beyond, but we got word that we were going to be bumped for the first of the three nights to their larger, more popular property nearby, The Source. The room was disappointing, but we had a lovely dinner at Little Italy, and a tour of the winery was included. Two things jumped out at us at Sula. It is the most popular wine in India, but we had never been excited about it. Melissa likes their Dindori, but Tom isn’t in love with it. We had some really tasty wines. In particular, the Rasa Cabernet Sauvignon and the Brut Tropicale. Yummy. Also, it struck us that, as the largest winery in India, it was comparable in size to the small, family-owned wineries we toured in Rioja this past summer. It’s just another reminder how young and emerging the wine industry is in India.

The view from the patio outside our room. 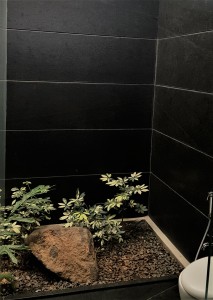 Fortunately, or unfortunately, we spent only an appropriate time in the bathroom . . .

A Sula driver took us to Beyond, where we intended to stay all along. We had kind of left the details of how extensively we’d tour wineries until we got there, depending on how much time we might want to spend lounging. The moment we got there, we realized that lounging would be a priority. It is a small property in the middle of farms, looking out over a lake, with only nine or ten units. It was quiet and lovely and private. We arrived early enough on Friday that we decided we’d walk to the near-by wineries and spend all day Saturday decompressing, Tom from 3 months working in Bangalore and Melissa from her very busy recent travel schedule.

Beyond is situated at what felt like the end of an idyllic little country road with a couple of wineries interspersed along the way. On the way in, we spotted a little cheese maker, too. We walked the 3 km to the farthest stop, York Winery, the wine that Angelina suggested and we discovered our first night in Mumbai. It was perfect. Lovely setting, comfortable tasting room, charming fellow pouring the tastes, and delicious wine. Unfortunately, because of the state-by-state nature of taxation rules in India, they have yet to sell in Karnataka, Bangalore’s state. But wow. Fabulous. They are doing something a little different than other wineries here. We keep mentioning how young the wine industry here is. Most young wineries here grow their own grapes and develop their wines as their grapes mature. This often means that they’re making wine from vines that haven’t had enough time to develop the complexity that makes a really great wine. York is also growing their own grapes, but they are mastering the wine making process using grapes they know are good. As a result, they are making really really good wine, and by the time their grapes are ready for production, they will know how to bring out the best in them.

Then we walked back to Beyond making two more stops. First was the little cheesemaker we spotted near York. They made cheese that was ok, nothing we got excited about, but the experience was a kick. The tasting was done in the living room of the cheesemaker, and he was so excited about the cheese he made. We shared the experience with a nice couple that had been on the wine tour at Sula, making it all that more pleasant.

Our last stop was at Soma, unrelated to the Soma Vineyards near Bangalore we have written about. The best part of this visit was our conversation with the owner and winemaker. The wines he made were definitely not our thing. He also was so excited about his wines and to talk to us. Unfortunately, we believe he is making a very important mistake. He was most excited about the new wines he was introducing every year. This year, it is a pinot noir, which confirmed for us that pinots don’t grow in this very hot, crazy wet when it’s wet and crazy dry when it’s dry climate. We very much wanted to implore him to master a single grape. Find the one that grows the best in Nashik (we are more and more convinced that Cabernet Sauvignon is it — if India could make itself into the Cab Sauv center as the Willamette Valley has done with pinot, they’d be on their way), master it, shape the Indian wine palate accordingly, then start branching off. Instead, he’s making a dozen different wines, none of which did anything for us.

Then the rest of the weekend was spent reading, writing, and playing at Beyond. Fine meals, tasty wines, nice staff. We couldn’t have asked for more. It was exactly what we wanted. The only final hiccup was a cancelled train to Mumbai and getting overcharged by the cab we hired to get us to the plane, but that stuff happens. Because India. Also, we saw beautiful things, met wonderful people, and relaxed hard. Because India.