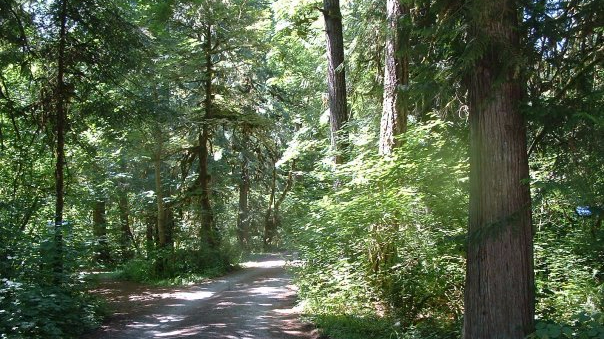 One of the few things that Melissa and I don’t see eye to eye on is how excited we get to go see temples. She loves them. What I hear her say is that she finds them fascinating windows in to a little bit of the ancient culture of this place we live. I see that. I really do. Particularly in the differences between the different temples in the different cities or run by different sects. The history around whom, why, and how each temple worships says a little bit about the people who live near there.

Even acknowledging the education we get at the temples, I am uncomfortable. The best I can come up with why comes back to my religious background. I grew up religious, in a church (and church camp) community that was so important to me that it took me many years to realize that the community was everything and the religious structures and stories were different than how I saw the world. I have never believed in an omniscient nor omnipotent god; I spent my entire youth translating the stories of God and a divine Jesus into thoughts about love and common bonds. My faith was a very personal thing, and it was difficult for me to ponder outsiders looking in and wanting to understand. When we are at temples, I feel like that outsider. People are always friendly and welcoming, and if they aren’t welcoming, they make it clear with large signs outside declaring “No Non-Hindus Allowed”. Even as welcoming as they are, I feel like an interloper in a spiritual, important moment in these people’s day.

This weekend, we went on a tour with the fabulous Bluefoot Tours (led by one of our favorite people we’ve met here in Bengaluru, Kaveri — she’s amazing) that brought up all of the above feelings. We toured a graveyard and learned about a sect of Hinduism that believes spirits don’t go from this body to the next instantaneously, so if you cremate a body, the spirit is left to haunt until the next life is ready. As a result, they bury their dead in lotus position with their heads above ground in order to make it easier for the spirit to escape when its next life is ready. We learned about a little bit of black magic which enables you to quiet people who are being too pushy or gossipy (I’m pretty sure that’s not precisely what Kaveri said, but something like that). We learned a whole bunch more, too.

The part that mostly has me thinking about this whole religion thing on a broader scale than just the outsider-looking-in bit was the visit to the Sikh temple. I have been looking forward to learning more about Sikhs since arriving here. There is a lot to respect about the way they express their faith: Their doors are always open to anyone, Sikh or otherwise; feeding all visitors is a primary function of their temple; if you need a place to stay, you are welcome to live there as long as you would like as long as you are not lazy, drunk, or violent. The origins of Sikhism are kind of amazing. A twelve year old boy who would become Guru Nanak got tired of all of the wars and hate and set out to find the common bonds that might bring humanity together and end all of the bloodshed. He sent people to all corners of the world (or as far as they could go in the late 15th century) to discover what makes people tick and religions stick. What he concluded was that love will bring us together. He incorporated tenets of all major religions that spoke of love into a faith community that begat the welcoming, compassionate, nurturing space described above.

Here’s what has me thinking: Why does that idea only take hold when those bringing the message are made into the divine? Humans are love. We love each other. Our love of each other far too often makes us jealous of others, but I have always assumed it’s all part of the same package. Because we wrap this message of love all up with countless shapes of divinity, we are discrediting the amazing beings that we are. We are not love because a god told us to be love; we are love because we are. Why isn’t that enough? Guru Nanak was an enlightened young (and not-so-young by the time he crystallized his notions) man. Jesus told us to love those who don’t love us back. Buddha, Mohammed, the ancient teachers of Hinduism, so many others. They had their fingers on something about humanity that has persisted. Why do we have to make them all divine? I find Martin Luther King, jr. and Mahatma Gandhi all the more impressive because the were flawed people who sometimes treated people imperfectly; that doesn’t mean that they were any less enlightened.

Way too many wars are fought over the notion that my prophet of love is better than your prophet of love. Way too much hate is lashed out because someone thinks your way of connecting with love is blaspheming my way of connecting of love. In the global sense, it doesn’t seem to be working out very well for us.  I wonder if we were to appreciate the fact that our crazy little biological/chemical/electrical processes that happen inside of these way too fallible vehicles are why we love, it will be easier for us to celebrate in what ever way we choose to celebrate without turning to hate.

I came to grips with my atheism 15 years ago (maybe)? I wasn’t able to articulate it super clearly until Melissa came along eight years ago. Members of my old church community are still the most important people in my life even though we have all drifted away from the church. I allowed my relationship to my church camp community falter as I felt more and more like an interloper in a place I used to think of as home; I’m hoping to figure out how to balance all of that in the months and years ahead. In the meantime, I love you. Not because a god has told me I should, or because I will be damned if I don’t, but because very wise people — my mom, Gene Ross, Sue Longaker, Jay and Mary Ann Watson, Sheryl Stafford, Mark Hardin, my Grandma and Grandpa George and Emma Morris, Melissa Parkerton — taught me how. I love you.

2 thoughts on “Tom’s Tales: Religious Tourism and Other Notions”