Lalbagh Botanical Gardens are right in the middle of downtown, quite close to Cubbon Park which we enjoyed a couple weeks ago. Lalbagh was commissioned in 1760 and finished some years later. It is considered to be the jewel pendant in the necklace of gardens that historically covered this city and, along with those other parks, were the “lungs” of the city. While many of the parks have been replaced by highrises, Lalbagh remains. 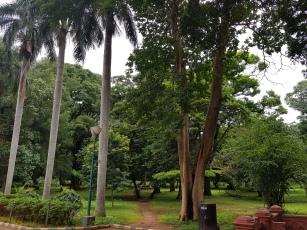 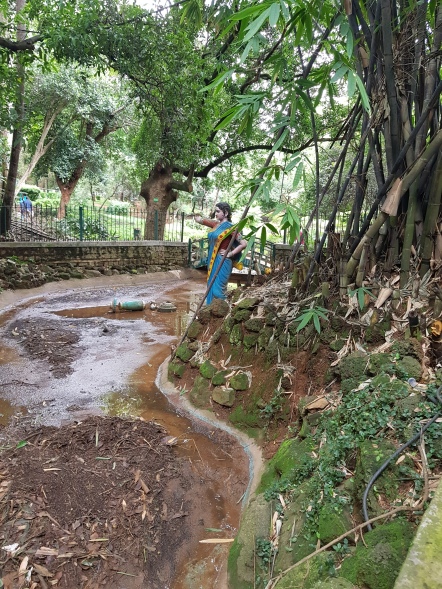 We realized after we passed through, this is the “Japanese Garden”

The entry to the park.

We very much enjoyed walking amongst flowers, shrubs, and bonzai trees; around the lotus pond and the lake; and up to the top of the 3 billion-year-old granite hill with a temple on top. We saw random Disney characters and an imperialist remnant of a glass house. There were more monkeys and a crazy blue non-waterfowl of a bird skipping from lily pad to lily pad.

While lovely, the gardens show some signs of neglect – statues in disrepair, a few abandoned buildings being reclaimed by foliage, the beautiful 19th century glass house that only has flowers in it a couple times a year. 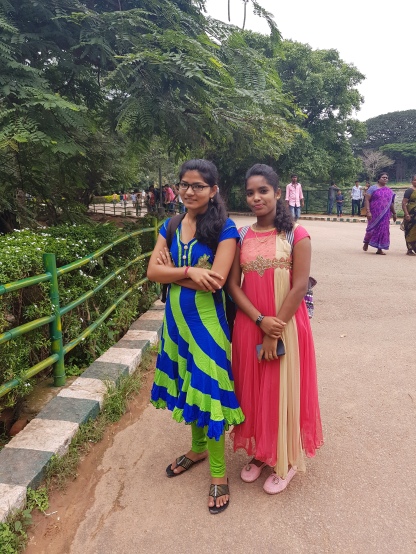 The people there, though. Everywhere we go in this town, we come across kind, happy people. The joy and exuberance of the kids is inspiring. Parks like Lalbagh bring out the best in these already wonderful people. The worst you can say about them is the frequency with which they request selfies with us enjoying the park with them, remembering that our tour guide Tej called us flamingos. They are so kind and happy and eager, it is impossible to say no, particularly if we don’t want to be jerks (which we don’t). This means there are moments that someone asks, “Just one selfie, ma’am?” which turns into ten, and then another group wanting “one” of their own, and if we’re really “lucky”, a third group right on their heels. At times it feels like we are carnival freaks, but we remind ourselves it is just people being excited. There is a little bit of us that wonders if we are ending up on Facebook as part of some game — see how many pictures we got with the weird white people!