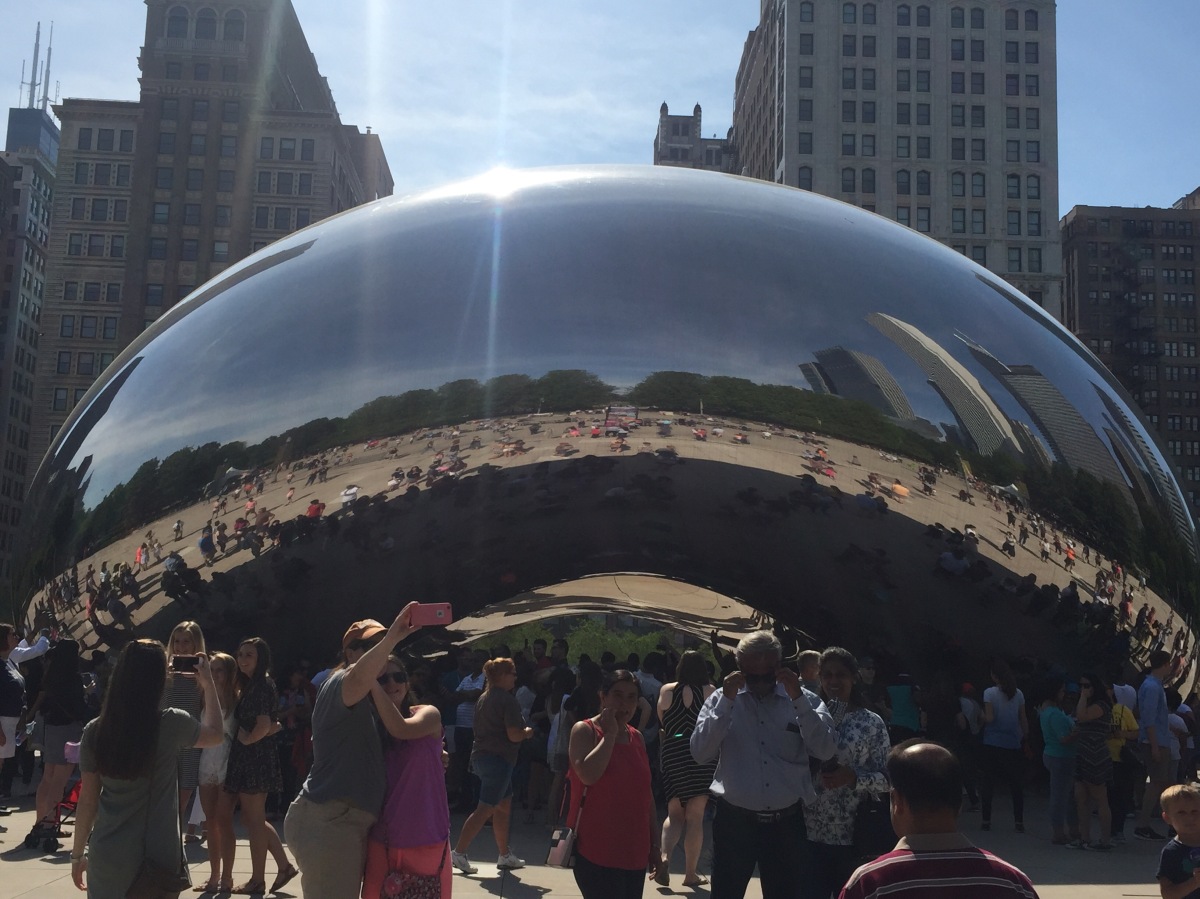 We’re trying new things. In the past year, we learned to cook Indian food, we attempted Thai food, we bought a sailboat, and, oh, yeah, we committed to moving to Bengaluru, India for two years. We are hoping all kinds of new things are coming our way in the next couple years, and we will try to document those things here, for our own sake and to share our adventures.

We thought we’d get our feet wet with this new little writing adventure by describing our somewhat spontaneous, kind of ridiculous trip to Chicago during the first week in June. Melissa had a meeting on Thursday and Friday, so Tom flew out to meet her on Friday afternoon. The only thing we had planned was an architecture tour on Chicago’s First Lady. This is unusual for us. One of the reasons the two of us travel so well together is that we balance each other out: Melissa is generally the planner; Tom is generally the fly-by-the-seat-of-his-pantser. Together, we tend to plan a lot of fun outings on our trips, but we’re always open to scrapping our plans for interesting things that come along.

Our first dinner was spent at the famous (at least in our family) Lou Malnati’s for some deep dish. We walked from there down to Grant Park. Tom had fun imagining we were walking through the spirit of Obama’s election night. Ah, those were the days. We walked all the way up the lakefront to Navy Pier and up the river a little ways. By then we were worn out and ready to hop the Blue Line back to our hotel.

Saturday’s adventures  definitely benefited from being a fly-by-the-seat-of-our-pants kind of day.

Our only plan was the Architecture tour at 1:00. We surrounded that with all kinds of fun things: Gino’s East for more deep dish, Macy’s to see the tiled dome (and get some clothes appropriate for an event coming up), a walk through Millennium Park, drinks at III Forks (not the rooftop bar we wanted, but Cindy’s was closed for a private event), and a quick shot through Chicago Cultural Center for an exhibit on the doors formerly at Malcolm X Community College. We wrapped up the day with an amazing dinner at Trattoria No. 10. We were again reminded why it is so important to both plan and roll with things. Our architecture tour was amazing. The Chicago Architecture Foundation puts on a good show. The buildings are amazing, the guides are crazy knowledgeable, and we probably wouldn’t have been able to get tickets if we didn’t plan ahead. We only went to the Cultural Center and Trattoria No. 10 because our tour guide recommended them, and they turned out to be highlights of the weekend. We had a notion that we’d do a deep dish tour of Chicago, but after two very good meals, we figured we’d had enough since we only had a couple more meals left. We hit a good number of things we had hoped to do, though we didn’t have time for all of it — Second City, blues clubs, and Willis Tower, née Sears Tower, will have to wait until next time. The most important spur of the moment choice was when, on a lark, we remembered that Hamilton was in the middle of a verrrrrrry long run in Chicago, to the point of some people describing it as a second residency. We thought, ‘No way are there tickets. That play never has tickets.’ Lo and behold: there were tickets available! When we realized that we probably wouldn’t see it for years if we didn’t do it now, it kind of felt like a no brainer. The only question was the price. Our Old Pal Dan has a handy metric: the fun-to-money ratio. Let’s just say, it was a bargain! The performances were amazing, and the production lived up to every bit of the hype. We look forward to our adventures ahead — the huge one we have planned and all of the little ones we are going to ad lib. We’ll try our best to keep you all updated while not boring you with minutiae. It might take a while to find the balance, but we’ll try.

Deep dish: We did end up at two of the highest rated deep dish joints. Much to brother Michael’s chagrin, we definitely were more impressed with Gino’s East. The toppings were fresher, and the crust was more interesting thanks in large part to the cornmeal. In general, neither of us came into the weekend as tremendous fans of the form, and it doesn’t supplant nice thin, Neapolitan pies as our favorites, but we came away with a whole lot more respect.

The Art Institute of Chicago: This isn’t really minutiae, but it didn’t really fit into whatever flimsy narrative we constructed above. It was amazing. We only had time for a couple of sections — we both spent most of our time in the Impressionists exhibits, Tom went to see the Modernists, and Melissa checked out the photography. Tom once again reaffirmed that his favorites are definitely his favorites, even if they are everyone’s favorites — Paul Klee, Monet, van Gogh, and many, many more. Also, the cafe is delicious.