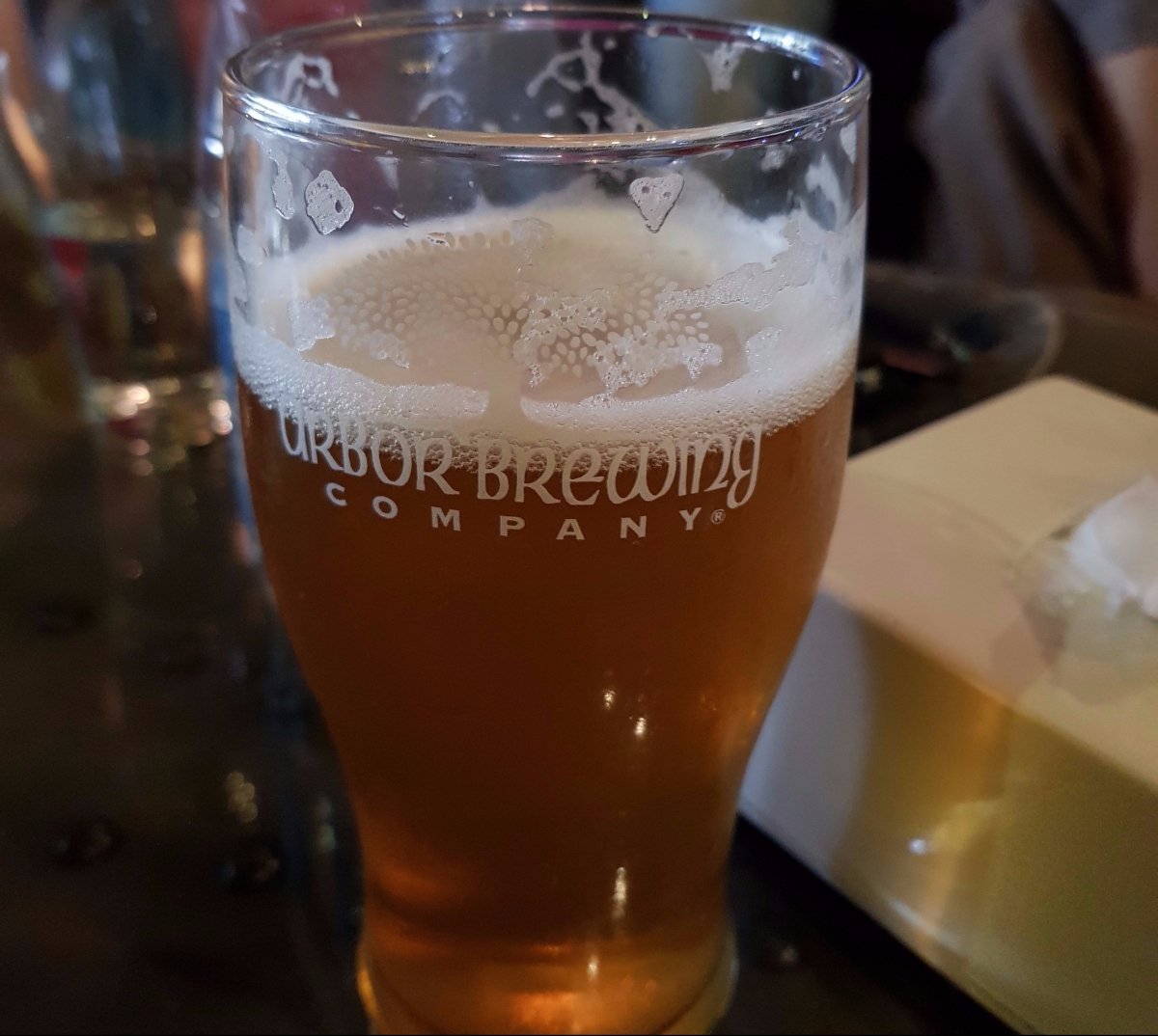 It’s debrief time. You have just experienced the most Indian of markets, were overwhelmed with fabulous aromas, beautiful colors, and generous people. How do you process it all? Why, you go to a most American of brewpubs, of course.

After saying goodbye to Tej, our tour guide for the day at the market, our entire crew of eight headed to Arbor Brewing for a late lunch and a beer. As much of a cultural shift as it was, it was a very good choice. The beer was the best we’ve had yet, the food was tasty, and the people were delightful.

Let’s start with the beer. The first surprise was that there wasn’t one but two IPAs, a session IPA, the Beach Shack; and their standard American IPA, the Raging Elephant. We both got the session IPA, which was ever so slightly better than the other IPAs we have had, and Ethan got the Raging Elephant. He won. It was head and shoulders better than anything else we’ve had in Bengaluru. It would have been a middle of the pack IPA in Portland or even his (far inferior) beer town of a home town, Seattle and the San Juans. We were just so excited to have such a tasty beer that we kind of experienced it as the best beer ever. Tom’s excitement was slightly tempered by the fact that the name comes from [shudder] Ann Arbor, Michigan, where the owner graduated college and frequented the pub of the same name before coming home to Bengaluru to open his version.

The next best part of our experience was the staff. They were just so ridiculously friendly and attentive. Instead of the all-too common urgency to please, they just kind of chatted with us and were on top of our every request. The best part was how they handled the kids. Ethan and Colleen’s kids, Shea and Quinn, started out at a table of their own. Once the food started coming, Shea ended up at the adult table with us leaving Quinn on his own. The staff loved on him. They chatted him up, joked with him, brought him his own bottle of water, and generally made him feel important. It was adorable.

The food was great. We only ordered the onion rings (really really good) and the Grilled Cauliflower and Broccoli Skewers (outstanding). The skewers came coated in a masala rub that was so delicious we didn’t even bother with the “magic mustard” dipping sauce it comes with. Everyone seemed pleased with what they ordered — pizza, salads, sandwiches, and tacos.

We debriefed the amazing day we had, ate and drank all forms of deliciousness, and headed back out in the world happy and satisfied. We’ll be back.